In the past few months, Razorbill Instruments became 4 years old. We have emerged from the choppy waters of a newly formed company and are secure, growing and continuing our commitment to developing high performance scientific instruments.

Reflecting on the past year we can say that the company has achieved a great deal. We released a new product, the high-performance stress cell, the FC100. Customers bought the cell for the very high forces available in the one-inch package and the ability to precisely measure  the force applied to samples. Many thanks for your patience as we took a little extra time than expected in getting the high volume of devices manufactured and sent out and thank you for patiently giving us the opportunity to resolve some of the early technical hiccups.

Razorbill Instruments also had the pleasure of migrating to a brand-new facility – the Higgs Centre for Innovation, remaining in the beautiful, rainy, City of Edinburgh. The additional space allowed us to add a new R&D engineer to our team who is developing and improving our existing sensor technologies.

There have also been several developments in the past year in the academic world of uniaxial pressure tuning, and it is always very gratifying to see our customers producing high quality scientific publications. After,  previously demonstrating how a CS100 can be used in conjunction with an NMR probe in an RSI paper, researchers at UC Davis, TU Dresden, Ames lab and the University of Minnesota identified some remarkable electronic transitions in BaFe2As2 publishing in Physical Review B. The combination of NMR and uniaxial strain appears to be a very fruitful research vein as many of the same authors were joined by colleagues at the same institutions to publish some additional high-impact results arising from tuning the electronic properties of BaFe2As2 with uniaxial strain in Nature Communications.

It has also been a busy year for our academic partner, Dr Clifford Hicks and his research group at the Max Planck Institute for Chemical Physics of Solids. He has authored numerous publications using novel uniaxial strain devices that have been recently developed in the academic environment (many of which will soon be commercially available from Razorbill Instruments).  Please follow the links to see the full author list whose hard work led to the publications. Dr Hicks published once, twice and then three times in Physical Review B, as well as Physical Review Letters. Most recently he has published in Science  in which he and his colleagues used uniaxial strain in conjunction with high-resolution inelastic x-ray scattering to through light on the complex electronic phases of the high-temperature superconductor YBCO.

It seems like exciting results are appearing on Arxiv every few days, so its looking like uniaxial strain tuning is really going to be an exciting research area to be in 2019 and beyond! 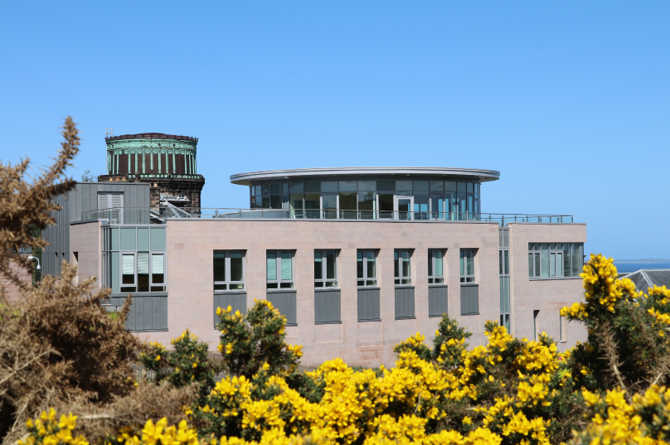 A view of Razorbill Instruments' hilltop home (on a rare sunny day).